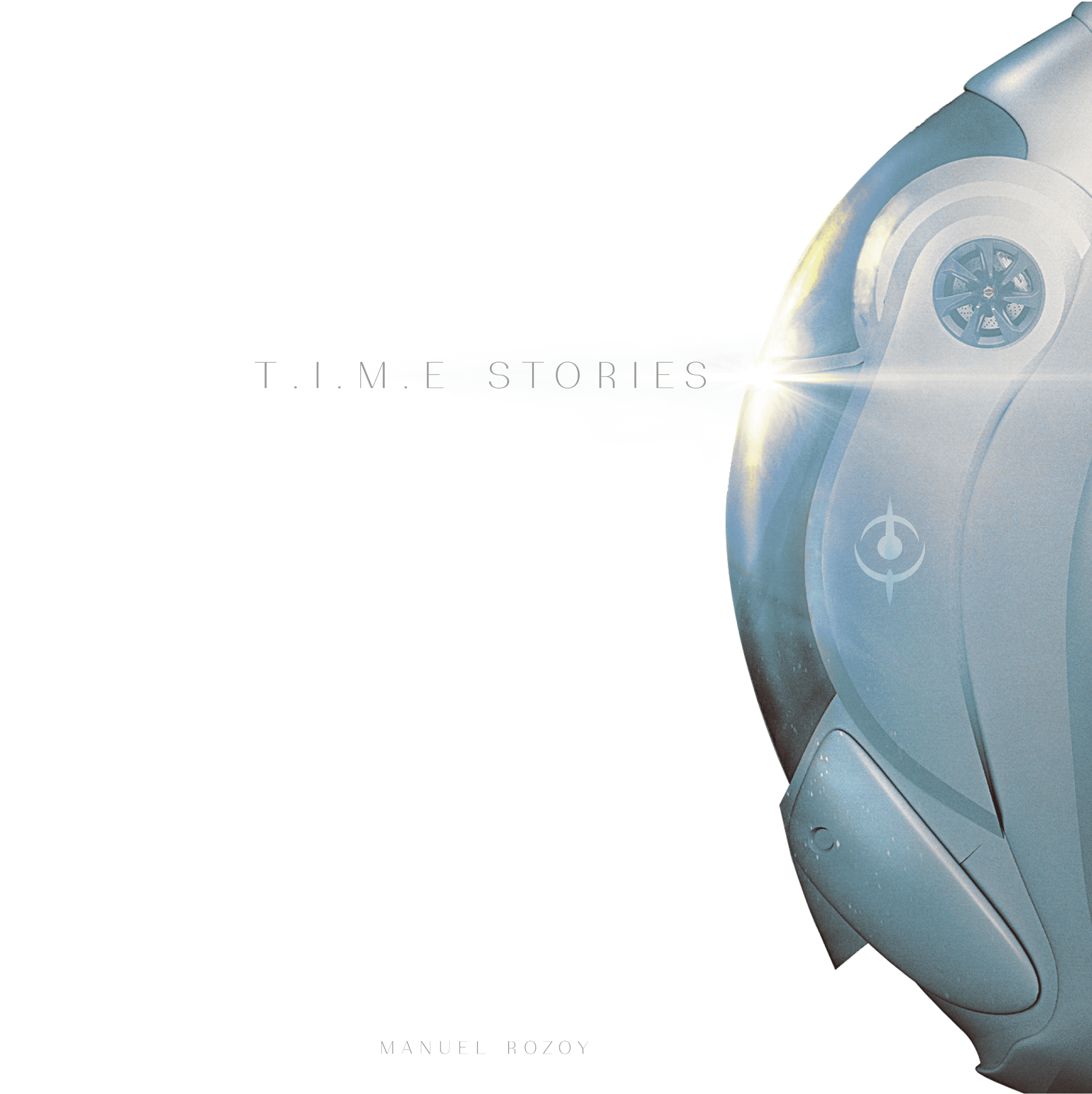 Description from the publisher: The T.I.M.E Agency protects humanity by preventing temporal faults and paradoxes from threatening the fabric of our universe. As temporal agents, you and your team will be sent into the bodies of beings from different worlds or realities to successfully complete the missions given to you. Failure is impossible, as you will be able to go back in time as many times as required. T.I.M.E Stories is a narrative game, a game of "decksploration". Each player is free to give their character as deep a "role" as they want, in order to live through a story, as much in the game as around the table. But it's also a board game with rules which allow for reflection and optimization. At the beginning of the game, the players are at their home base and receive their mission briefing. The object is then to complete it in as few attempts as possible. The actions and movements of the players will use Temporal Units (TU), the quantity of which depend on the scenario and the number of players. Each attempt is called a "run"; one run equals the use of all of the Temporal Units at the players' disposal. When the TU reach zero, the agents are recalled to the agency, and restart the scenario from the beginning, armed with their experience. The object of the game is to make the perfect run, while solving all of the puzzles and overcoming all of a scenario’s obstacles. The base box contains the entirety of the T.I.M.E Stories system and allows players to play all of the scenarios, the first of which — Asylum — is included. During a scenario, which consists of a deck of 120+ cards, each player explores cards, presented most often in the form of a panorama. Access to some cards require the possession of the proper item or items, while others present surprises, enemies, riddles, clues, and other dangers. You usually take possession of local hosts to navigate in a given environment, but who knows what you'll have to do to succeed? Roam a med-fan city, looking for the dungeon where the Syaan king is hiding? Survive in the Antarctic while enormous creatures lurk beneath the surface of the ice? Solve a puzzle in an early 20th century asylum? That is all possible, and you might even have to jump from one host to another, or play against your fellow agents from time to time... In the box, an insert allows players to "save" the game at any point, to play over multiple sessions, just like in a video game. This way, it's possible to pause your ongoing game by preserving the state of the receptacles, the remaining TU, the discovered clues, etc. T.I.M.E Stories is a decksploring game in which each deck makes anything possible! Official FAQ Expansions were published in this order: Asylum (base game) (2015) T.I.M.E Stories: The Marcy Case (2015) T.I.M.E Stories: A Prophecy of Dragons (2016) T.I.M.E Stories: Under the Mask (2016) T.I.M.E Stories: Expedition â€“ Endurance (2017) T.I.M.E Stories: Lumen Fidei (2017) T.I.M.E Stories: Estrella Drive (2017) T.I.M.E Stories: Brotherhood of the Coast (2018) T.I.M.E Stories: Madame (2019) The Expansions link below also includes many fan-made expansions.